All about the Diamond Sword! 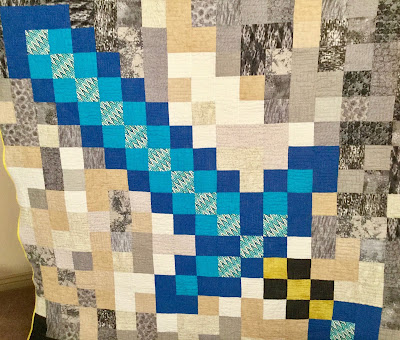 My grandson #2 loves Minecraft!  He helped me layout the skateboard blocks on grandson #1's quilt and I really thought I would make 2 to match.  Later his Dad told me he was not really into skateboards, but reminded me of his love of minecraft.  I showed him Weeknight Quilting's blog and asked if he thought I should do one like hers.   (The graph she drew up is wonderful!)
So it was agreed.  The Diamond Sword was started!
I like to use my AccuQuilt for most of my  cutting and since I only had a 5" square die at that time, that's the size I cut my pieces.  There are a ton of squares!  Following the graph, I laid them out in sections on a flannel board and sewed.  and sewed.  Finally it was coming together!  I could see a sword! 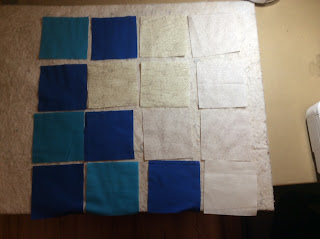 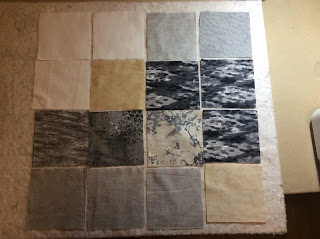 I used scraps of different whites, creams and grays and blues. My girlfriend had the gold and I did add to the grays with a fat quarter pack from JoAnn's premium fabrics.  Then I saw a perfect print for the center of the sword! 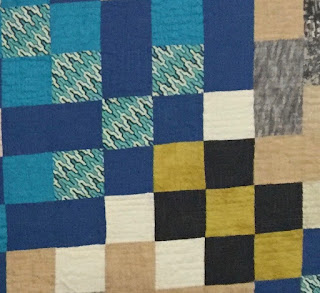 I got all the pieces together at my quilt retreat

then it was ready for 'Babe', my quilting machine! 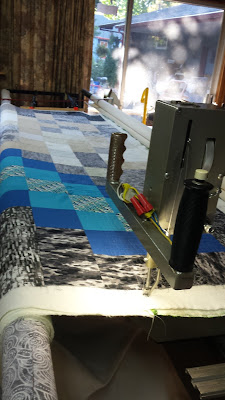 I am still new at Longarm Quilting but wanted a design to go with the theme of squares.  I decided on a 'stipple' of a continuous series of squares.  It worked well and 'Babe' played along very well. 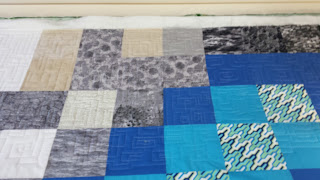 The back is a beautiful 16 bit green that goes very well with the theme.  What I learned...  I used a green bobbin thread to match the back, and a cream to match the front.  Not a good idea.  Occasionally, the bobbin thread dotted the front and, being green, showed.  Next time, same color thread top and bottom. 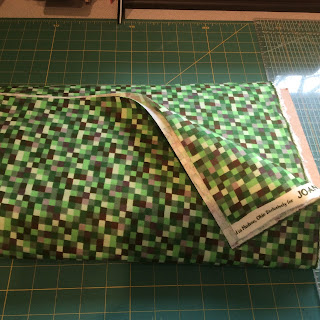 I bought a TON when I saw it so I would have enough.  I have about 2 yards left, which, if grandson #2 doesn't need it, I will sell on Ebay or in my Etsy store.

Grandson #2 was all smiles and has thanked me a few times for his quilt.  He immediately put it on his bed and started using it!  Just what Grandmas like to see! 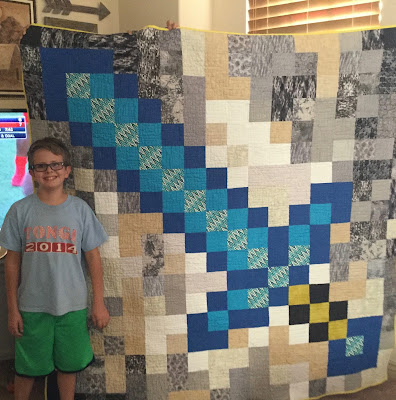 We forgot the tv was on in the background.  Oops! 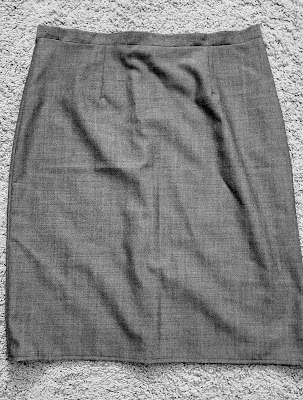 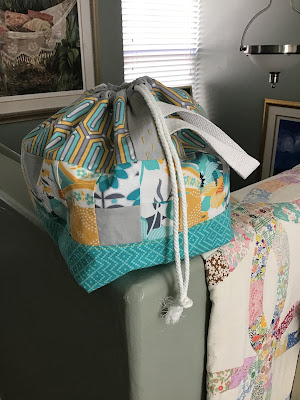 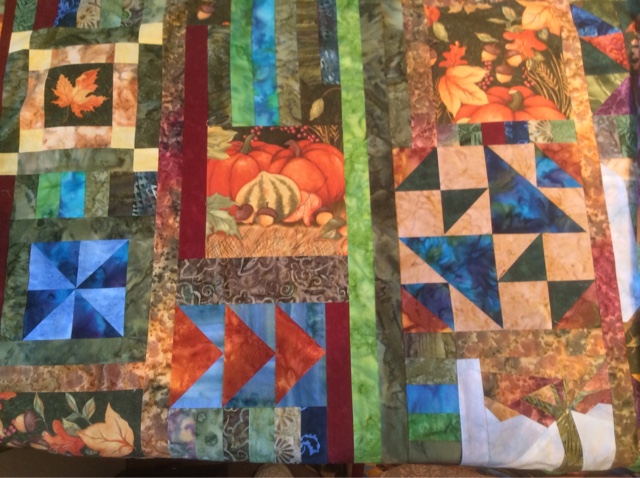